The journey to sustainability for the Ashtamudi clam fishery, India.

Some clam fishers in Kerala, India use machines. Some use their feet. You might be surprised to discover who has the brighter future...

Dawn is breaking on the placid lakes and backwaters of the Ashtamudi estuary, on the southwest coast of India.

You might hear birds calling from the trees, the bells of a nearby church, and the slap of paddles on the water as the fishermen set out for the clam beds.

Around a thousand clam fishers work these waters, rowing out from their villages in dug-out wooden canoes, one, two, sometimes three to a boat.

Reaching the shellfish beds when the tide is low, they'll hop out of the canoes into the shallow water and use their feet to loosen the short-necked clams from the estuary floor, or pick them by hand. In the larger boats, some use a handheld rake attached to a net instead.

The clams are sieved. Any that are too small are returned to the beds, to have a chance to grow some more and reproduce. On a good day, a fisherman can collect 200kg of clams in four or five hours. Then it's time to head back before the tide gets too high and the heat of the sun becomes punishing. 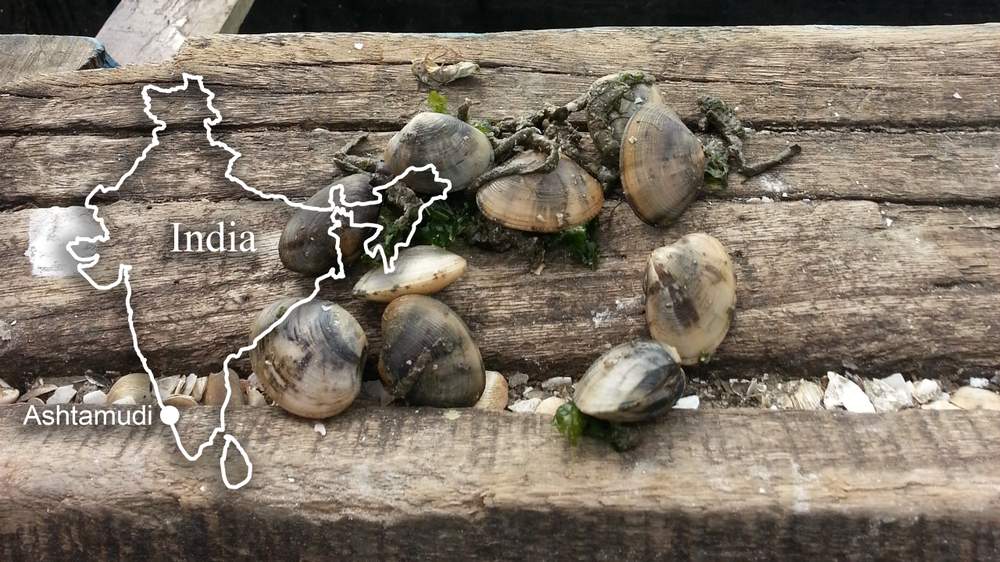 You might think these fishing methods have remained unchanged for generations. But you'd be only half-right.

While people here have always eaten clams, it wasn't until the 1980s that they began fishing for them commercially. With a surge in demand for clams and their shells, the fishery grew quickly. Too quickly.

In 1991, the catch peaked at 10,000 tonnes a year. Two years later, it had fallen to half that amount as a result of overfishing.

The local people had a choice. Continue to exploit the resource for all it was worth while they could? Or sacrifice today's profits to maintain the long-term value?

The people of Ashtamudi took the long view. With advice from fisheries scientists, the local fishers took action to allow stocks to recover. They closed the fishery for three months a year, during the peak breeding season from December to February. They introduced a minimum size limit so only mature clams could be sold. They banned mechanical clam fishing.

It was a smart move. In other estuaries in Kerala, such as Vembanad, mechanical dredging has led to clam stocks becoming increasingly depleted. 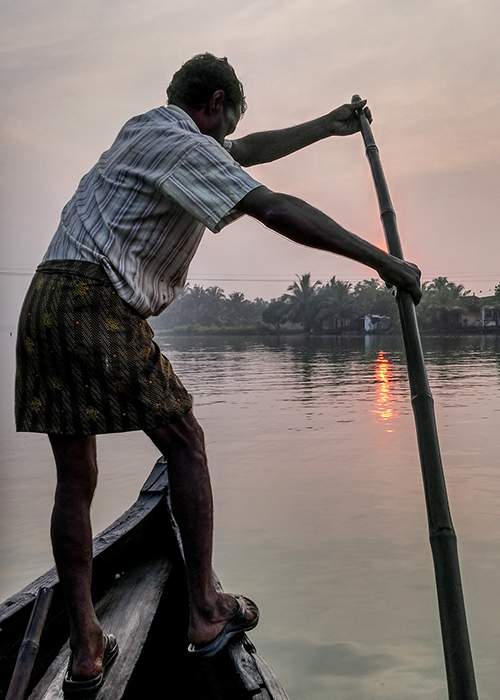 But in Ashtamudi, catches have remained steady at around 10,000 tonnes a year – and the larger hand- (or foot-) picked clams fetch a higher price. This supports a thriving industry worth around 13.5 million rupees (£138,000) a year.

As well as providing a livelihood for 1,000 fishermen, another 3,000-4,000 local people – many of them women – are involved in cleaning, processing and trading the clams.

The shells provide an extra income: as a mineral source, they're used in cement production and to make carbide for use in welding. The clams are bought by a local factory, heat-treated, frozen and sold on to retailers and restaurants, with around 80% being exported to Vietnam, Malaysia and Thailand.

Smart, sustainable management has secured the fishery's future. And now people's prospects are brighter than ever. In late 2014, the Ashtamudi short-neck clam fishery became the first fishery in India – and only the third in south/southeast Asia – to be certified as sustainable to the Marine Stewardship Council's (MSC) Fisheries Standard.

Clams from Ashtamudi can now be sold with the blue MSC ecolabel. The fishermen are hopeful that this will help them secure high-value markets in Europe and the US, where MSC certified products are increasingly sought after.

Joseph James, who's been working in the fishery for 25 years, is proud that their efforts to keep the fishery healthy have achieved recognition. His hopes for the future? "Better prices, new markets, good quality and strict regulations to ensure the fishery remains healthy and a resource to pass onto the next generation," he replies.

The certification was the culmination of four years of collaboration between the local fishers, the Kerala State Fisheries Department, researchers at the Central Marine Fisheries Research Institute, local leaders and WWF-India.

Oluyemisi Oloruntuyi , head of the MSC's developing world fisheries programme, believes that Ashtamudi's example shows that certification can be viable for other small-scale fisheries in India and other parts of the developing world. These fisheries may not have all the scientific data, detailed management plans and monitoring systems that the leading certified industrial fisheries possess.

The auditors were satisfied that the Ashtamudi clam fishery was well-managed and posed no risk to the sustainability of clam stocks or to the ecosystem – although as a condition of certification, the fishery will be collecting evidence to back this up. 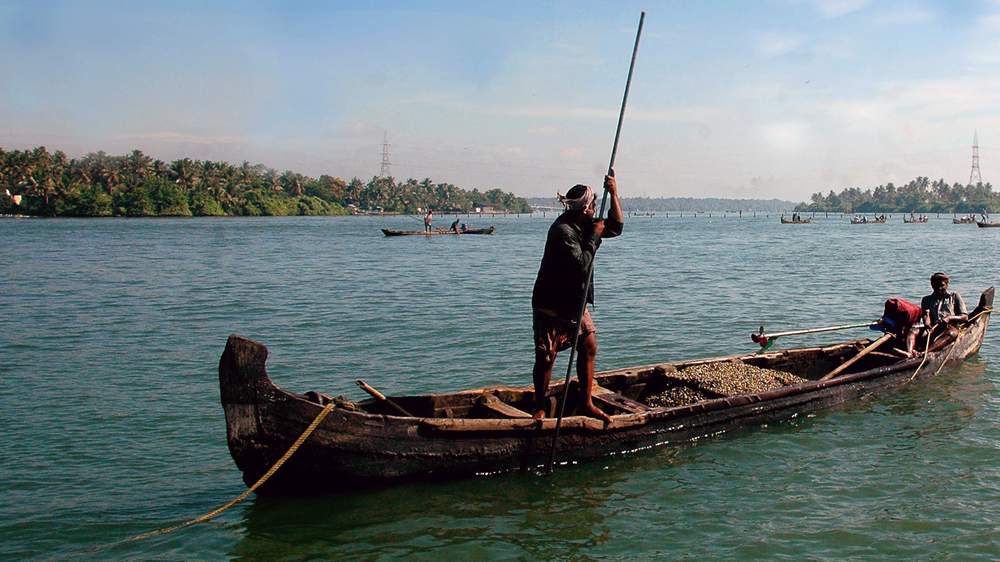 Fishing supports the livelihoods of more than 700,000 people in India. If it's not managed sustainably, then people's livelihoods and food security could be in jeopardy. Done right, though, there could be huge benefits.

As the clam pickers of Ashtamudi have shown, the future is in their own hands – and feet.

All images subject to copyright